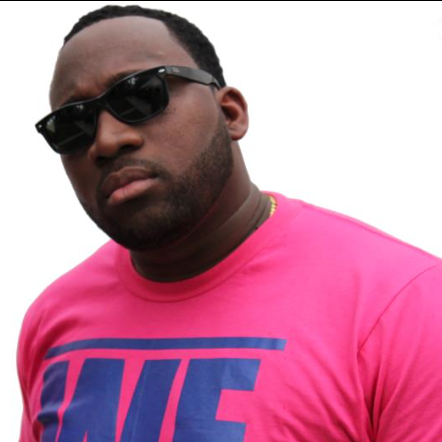 While attending Primary School he always had an interest in electronic gadgets and whenever there was a party at school he would always head to the DJ and watch how they played the music.

In Secondary School they would always call on him to organize parties and head committees for various sporting events where he would always end up being the MC!!!

He then finished his A-Levels At Sixth Form Gov’t School and pursued a career as an accountant while still doing music as a hobby. While playing in parties he met up with Johan Seaton and the became the Mic Man for the infamous Sel Construction Sound System, which led him doing a broadcasting course with Eddison Carr and then landed a job as an announcer on 98.9 FM and a TV presenter alongside O’ Brian Haynes on the afternoon entertainment show called FLAVA and in the process became one of the most high profile Soundmen in T&T.

In 2005 , RED 96.7fm emerged and he was partnered with Jason Williams (JW). to be the voices behind the Red Hot Morning Show, (Mondays to Fridays 6-9am), which was voted the No.1 Morning Talk Show in Trinidad and Tobago.

Joining forces reignited the desire to enter the entertainment industry, this time, as soca artists. From 2007 onwards, the dynamic duo collaborated on soca songs such as “Eat Ah Food”, “Bamsiology” and “Work” intent on making an indelible mark in the music industry. However, nothing could have prepared this unstoppable pair for the fame and success which was to come their way in 2010 with the release of their infectious, blazing hit Palance, produced by Kernel Roberts.

J.W. and Blaze monopolized the Carnival season with their action packed stunts and spontaneity palancing away with two of the most coveted and prestigious titles, International Power Soca Monarch 2010 and Trinidad and Tobago Road March 2010. It is to be noted that in the latter, a new record was established with Palance being played 417 times.